Evidence of the Afterlife: The Science of Near-Death Experiences

For those who are interested in what science has discovered about the possibility of an afterlife, this book provides the layperson with fascinating insights into this research … an enthralling, informative and easy read.

Did you say SCIENCE and, uh … the afterlife?  How does that work??

When evaluating claims of an afterlife from a scientific perspective, near-death experiences (NDEs) appear to be the gold standard.  Hearing directly from people who have personally glimpsed what lies beyond is as close as we can get without, you know, actually going there.

Of course, psychic mediums talk directly with those who are already there, but rightly or wrongly, society has yet to accept this source of information as being scientific.

So, what’s emerging from the world of science?

Near-death experiences have been the subject of scientific study for over 50 years but discussion of this phenomenon in the “mainstream” has really started to gather steam over the past decade or so.

During this time period, stunning first-hand accounts from the scientific world have started to come out of the woodwork … experiences prominently featuring medical doctors.  (This seems to ratchet up the credibility score for a certain segment of the population, which, yes, I admit includes me … ).

But these are just the most recent, high-profile accounts.  Accounts go back centuries, and in today’s world, there are multiple scientists who have spent years studying this fascinating phenomenon.

Jeffrey Long, M.D., is one of these scientists.  He targets us “non-science types” in “Evidence of the Afterlife,” laying out his research and revealing his startling conclusions in an easy-to-understand manner.

Dr. Long is a radiation oncologist … which means his specialty is treating cancer patients using radiation … a specialty Long compares to others by saying, “There are few other forms of medical science that require such precision.”

This is important because he carries this precision into other parts of his life, and we see this in the attention to detail he used in his study of over a thousand extensively documented NDE accounts.

Long became interested in NDEs when he first stumbled upon them by happenstance in a medical journal in the early 1980’s.  But his interest was spurred further when he found himself in dinner conversation with a friend and his wife, and she told the story of her first-hand experience with one.

This interest grew, motivating him to establish the Near-Death Experience Research Foundation (NDERF.org) … a non-profit research organization tasked with collecting first-hand accounts of NDEs from around the world.

It was 1998, and Long realized he could seize on the emergence of the internet to make this worldwide data collection goal a reality.  He would use these cases to apply scientific rigour to the study of NDEs.

So, what exactly is an NDE?

One of Long’s first research challenges was to define the nature of the experience they were wanting to capture.  At the time, there was no widely accepted strict definition of near-death experience.

To ensure the consistency of data to be collected, NDERF tried to keep it straightforward, defining both “near-death” and “experience”:

His research, in a nutshell

Long developed and used the “NDERF Survey” to capture lengthy, detailed, narrative accounts from whomever and wherever across the globe.  In fact, more than 1,300 cases had been submitted by the time Long wrote this book.

Wedded to scientific principles in all his work, Long’s research was extensive, detailed and thorough, examining 12 elements in each of these cases.

He examined the data in a scientific way, following what he described as … “a basic scientific principle:  What is real is consistently seen among many different observations.”

He reached a conclusion and derived nine lines of reasoning that he believes prove it.

How does he tackle this subject in his book?

Long lays out his case in a straightforward and super interesting way.  He shares each of these nine lines of reasoning and how he arrived at them, including many first-hand accounts from his research to bring these findings to life.

He also presents arguments that are popular with skeptics and clearly explains why these don’t hold water.

His scientific rigour comes through periodically as he shares a few statistics about what the data showed, but this doesn’t take away from the direct and interesting manner in which he communicates his information.

Unlike some other researchers, Long does not equivocate in his findings.  He comes right out and declares …

“NDEs provide such powerful scientific evidence that it is reasonable to accept the existence of an afterlife.”

Yes, a scientist in the field of medicine dares to acknowledge it is reasonable to accept the existence of an afterlife.

Long goes on to state his belief that any single one of his nine lines of reasoning strongly suggests an afterlife.  “However, I consider the combination of these nine lines of evidence to be proof beyond a reasonable doubt of the existence of an afterlife.”

He understands the controversial nature of this finding, and acknowledges, “That is certainly a bold statement but one I am compelled to make after years of painstaking research.”

If you have an interest in the existence of an afterlife, and are looking for credible research on this subject that is easy and interesting to read, I’d encourage you check out Dr. Jeffrey Long’s “Evidence of the Afterlife.”

And along these same lines, I’d refer you to another book in this genre I’ve posted … “After,” by Dr. Bruce Greyson.  Just published last year, it documents Greyson’s 45 years of research in this arena … an amazing read which I also highly recommend.

In fact, one finding from Greyson’s research is that even just learning about near-death experiences can have a positive impact in your life.

So, are these worth the read?  You bet! 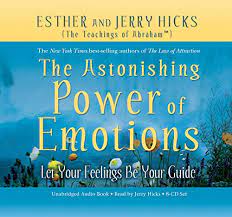