The Start of My Spiritual Journey … December 2004

I recall the specific day, the specific discussion, that I mark as the “start” of my spiritual journey.  I was a partner in a local business systems consulting firm.

I had a meeting planned with one of our consultants. It was days before Christmas and I looked forward to this particular lunch because the consultant, Monica, was someone I thoroughly enjoyed.

After catching up on the work front, our conversation veered into unknown territory as she told me about a book she was reading called, “Excuse Me Your Life is Waiting” by Lynn Grabhorn.  It was all about something she called the “Law of Attraction.”

The Law of what exactly … ?

Although I wasn’t involved in any woo-woo stuff at this stage of my life, I did have an open mind to such ideas and found I was fascinated with what she was describing.

These days, the Law of Attraction (LOA) is a commonly discussed and understood (and misunderstood) idea, but in 2004, this was brand new. And certainly not something one would expect to be raised at a business lunch … !

Just as a tuning fork set to vibrate will cause nearby tuning forks of that same frequency to start to hum, the vibrations we emit will attract circumstances of a similar vibration back to us.

This was a very cool, intriguing idea and I felt I needed to learn more. So, in my left-brained, analytical way, I started to research … I read lots … and then read some more.

This all sounds cool enough, but … ahem … what does SCIENCE have to say?

Some of what I was reading was written by spiritual thought leaders, such as Eckhart Tolle and Neale Donald Walsh.  The ideas they were conveying … ideas about consciousness, spirit guides and the like … were fascinating.

But, as I started to explore, I couldn’t help thinking (to quote an old TV commercial), “Where’s the beef??”

If there wasn’t some sort of scientific foundation for what I was reading (yes, I am one of those), then I didn’t pay much attention to it.

What do you mean my mind isn’t my true self??

I remember trying to read one of THE must-read spiritual books of the day, “The Power of Now” by Eckhart Tolle.  I couldn’t finish more than about a third of it.  My comments at the time were:

“Started reading in May 2006 but put it aside.  Has a good message about focusing on “now” but I had trouble with the concept that your brain is not your true self and, in fact, is at cross-purposes with your true self.”

Seriously??  The brain is not your true self … and is actually working against it??  I don’t think so!  I’m quite proud of my brain, thank you very much, and identify strongly with it.  Absolutely, it defines who I am!  What a load of #%$*!

And if you’re new to all this, you may feel exactly the same way.

But if you’re not, you’re likely chuckling at my naivety ….

However, that’s where I started, and it’s okay if you’re feeling this way, too.  It’s how we’re raised.  In the western world, mainstream science still promotes that consciousness is produced by the brain, and therefore, that’s the seat of who we are.

I’ve since learned very differently, helped along by the myriad books I also found from the scientific realm.  Books that either were written about science (e.g., quantum physics) or were written by scientists (including several medical doctors).

Well, for me that was pure gold!

I mean, if you’re a scientist and you’re telling me you had an experience when you died … met up with deceased loved ones … met spirit guides … maybe had a life review … and decided to come back to tell us about it.  Well!  Now I need to pay attention!

Or if you’re a quantum scientist describing the “two-slit experiment” which demonstrates that consciousness alters the behaviour of “stuff” … so that the stuff acts differently if it’s being measured than if it’s not … yikes!

Or if you’re a respected doctor of psychology who practices hypnotherapy to help people with a variety of issues.  And when you regress them to their childhood, they don’t stop … they take you to a past life.  Over and over, with hundreds and thousands of patients.

Some even providing detailed historical information that was subsequently verified … wow!

I was starting to be exposed to so many new concepts that had never been part of my upbringing, or any part of my life, and it was fascinating.

Whether books of science, spirituality, energy healing … over time, I came to realize that at the heart of it, all of them say essentially the same thing.  Just in different words, from different perspectives.

So, I kept reading, explored Law of Attraction with my friends and even checked out a psychic medium or two.

Then one morning, in June 2005, I was on my treadmill before work.  To pass the time, I would watch the early morning news.  This day, they did a piece on a new clinic that had recently opened in my hometown, called the BodyTalk Clinic.  Excuse me … the body WHAT??

It was some sort of health and wellness practice.  They were filming a “BodyTalk” practitioner working on a client.  She was gently tugging back and forth on his arm.

Apparently, she was using this as a means to communicate directly with his body.

To get yes/no answers to questions that she, the practitioner, was asking.

Questions she was asking silently!

Okay, how bizarre is that??  Yet here it was, on a reputable local TV news program.  Sooo … there must be something legitimate here.  (Yes, this was back when mainstream media was still widely respected ….)

I made a mental note to check it out for myself.  I didn’t have any health issues but a few niggly things that would be nice to get rid of.  It would give me a good excuse to see if it actually worked.

A nudge from within

My first appointment was a month later, in July 2005.  I had about a half-dozen sessions over the following few months and then stopped to take stock.  I didn’t notice any physical changes in the things I was hoping to work on.  Not one.

But for some reason I couldn’t explain … coming from deep within … I was compelled to explore further.

My practitioner told me about a class being offered for the general public.  We would learn five of the most powerful techniques that we could practice daily on loved ones to improve general health.  Intriguing … I was in!

The course was December 12th.  We learned complex hands-on techniques.  We were told to practice them every day for thirty days in order to ingrain them.

I came home and told my husband, Ron, he needed to be my guinea pig.

Ten days later, on December 22nd, Ron got his cancer diagnosis.  And the medical system “shut down” for Christmas.  With nowhere else to turn, I turned to BodyTalk.

I kept working on Ron with my basic skills and made an appointment for him to start seeing a certified practitioner.  By late January, his symptoms receded and then, disappeared.

Soon after, I started training to become certified myself.  This allowed me to expand the scope and frequency of work I did with Ron. Every day.

BodyTalk’s benefit was immediate.  Ron always credited it as the main reason his symptoms disappeared … for almost twenty-one months.  The reason he regained his physical comfort.  This method of healing that relied not on drugs or surgery, but rather on “talking” to the body.

I figured that this was the reason I’d had such a strong inner tug to pursue BodyTalk … for the benefit it gave to Ron.  Certainly, that was huge, but there was much more to come … for me.

In the meantime, as the calendar turned and 2006 got underway, we started making the rounds of doctor appointments and medical tests.  What a merry-go-round!  And not the fun kind …

We were told it was pancreatic cancer, but gosh, isn’t this a surprise … it appears there’s actually a second kind of cancer sprouting up, as well.

Well maybe not, we were told.  It could be operable, but he’ll have a thirty-five percent chance of dying on the table.  If he survives, he’ll lose various parts of his internal organs and will need months of recovery.  A “Whipple procedure,” they called it.

Ron said, no … to all of it.  No to chemo, no to surgery.  For six months we had gone through this hell.  Every time we walked into a facility full of white coats, the fear we’d managed to set aside at home came racing toward us once again … threatening to consume us, once and for all.

Believe me, I don’t wish to denigrate conventional medicine … it has an important role to play in the world.  But in our search, no one convinced either of us that they knew … or had any way of figuring out … the root cause of what was behind the cancer.

Taking out parts of his body might … or might not … fix the symptoms.  But for how long?  And what would prevent it from coming back after all of his sacrifice?

Determined to carry on

Late that spring, we had planned a golf vacation with friends to the U.S.  Ron was determined we would go.  The doctors were aghast.  But Ron decided that the quality of his life was most important.  I was firmly supportive.

Besides, we were going to beat this.  My training in BodyTalk had reinforced and accelerated my learning about the hidden secrets of life … and the miracles that are truly possible.

I was convinced we had the power to overcome this.

Yes, what I’d learned by then, and have reinforced since, supports this … in theory.  Our mind has incredible power over our body … mind over matter.  Bruce H. Lipton’s book, “The Biology of Belief,” was a pivotal book for me, providing the scientific foundation I needed to back this up.

But I also learned that, unfortunately, it’s not quite that simple. The reasons behind life’s challenges can be varied and complex. Yes, I’d come to understand by this point that there’s a Bigger Picture energy at play, working with us. Call it what you will … God, Source, Creator, Universe … Spirit.  But I hadn’t yet learned one of its fundamental lessons …

So, in spring 2006, we found ourselves having to take a hard look at our life and how to move forward.

Little did we know we were following the plan that Spirit had been orchestrating behind the scenes for the past seven years …. 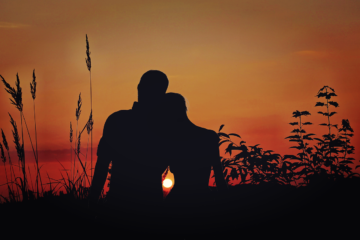 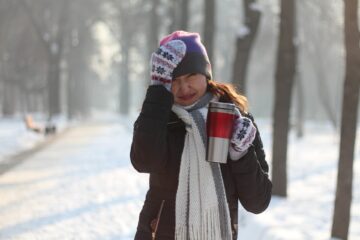 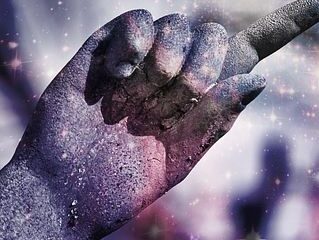