Are you at all curious about dying, death, and what comes next … ?  If so, read on because this post highlights a website that offers a wealth of reliable information on these topics.

For those who need “proof” before entertaining new ideas, these topics … dying, death, and what comes next … are challenging ones to find authoritative, trustworthy sources that offer it.

Well, not so much the dying part … that’s something we have lots of experience to understand and describe.  But death and what comes next … ?

Not that there aren’t lots of theories out there … secular and non-secular sources alike. And with some distinct and pretty significant differences across them! In fact, depending on what you’ve been exposed to growing up, your beliefs about all this may be comforting … or absolutely terrifying.

So, in order to move from the realm of “belief and faith” to “evidence,” we must invite science to the table.  And that’s what the Windbridge Research Center is all about.

What exactly is this Windbridge Research Center (WRC)?

The Windbridge Research Center is a US-based non-profit, charitable organization whose focus is literally “studying dying, death, and what comes next.”

Their goal?  “To ease suffering of anyone who is facing death” … their own or that of a loved one.  (Well, I gotta say, that sounds like a rather large target audience …. )

But this isn’t just about offering words of comfort.  No, WRC tackles this goal by performing rigorous scientific research in this arena and sharing the results broadly … with the general public, medical professionals, scientists, and practitioners … for free.

Uh, hellooo ….  It’s impossible to conduct “rigorous scientific research” into “what comes next” … you know, the afterlife.  Duh.

Well, don’t tell that to WRC Director of Research and co-founder, Julie Beischel, PhD.  She’s all over this!

It’s clear to anyone that the nature of the research topic presents a challenge, so WRC turned to those who have direct insights into the afterlife realm … mediums.

Yes, guffaws of disbelief are the reaction of many to the idea of mediums being able to offer anything resembling proof. So, Beischel decided to embark on a truly scientific study to either prove or disprove mediumship as being a legitimate endeavour.

She devised and followed a rigorous research testing methodology to do just that … a quintuple-blind study, in fact.

What??  FIVE levels of blindness?  I thought the scientific standard required only two?

Yeah, well, they felt the need to go further, and if you’re interested in checking it out, here’s their seven-minute video describing their approach … A Brief Overview of Mediumship Accuracy Testing.

As a byproduct of this research process, WRC ended up certifying 20 US-based mediums with their stamp of approval … mediums who proved they could report accurate and specific information about the deceased that could not be explained by “normal” means.  (Or as WRC puts it for the layperson … “without having to use any shenanigans or monkey business.”)

They would have gone on to certify even more mediums but ran out of funding for this particular initiative … non-profit, remember?

(By the way, if you’re interested, I’ve posted about a great book written by one of the mediums who successfully made it through the testing … Laura Lynne Jackson, “The Light Between Us.”)

Back to the website … what sort of information is available?

WRC appears to take their research seriously and approach it all with a strict scientific lens. From it, they have posted peer-reviewed articles, fact sheets, journal articles, pamphlets, videos, podcasts, book chapters, media events, and more.

Given WRC’s mission is to ease suffering around dying, death, and what comes next, they tackle all these elements.  So, although my main focus in this post is about their research into proving the survival of consciousness, you’ll also find support resources for helping with the dying process and with grief.

In addition, there’s an option to sign up for their email newsletter, a publication I’ve found very informative.  In fact, it was in a recent newsletter that I learned about WRC’s success in the ground-breaking BIG contest of 2021 …

What was this BIG(elow) contest?

Last year, the Bigelow Institute for Consciousness Studies launched a contest soliciting essays of up to 25,000 words to address the question:

“What is the best available evidence for the survival of human consciousness after permanent bodily death?”

Well now, THAT’s a cool question!  Indeed … and one being given loads of attention around the world.  So, the Bigelow Institute put up real money to find out what people have been learning … and WRC took up the challenge.

The contest was announced in January.  Would you believe over 1,300 applications were received for permission to submit an entry??

However, entrants had to provide proof they were serious about their work in this field by demonstrating they’d investigated the survival of human consciousness after death for five years or more.

And still, 204 applicants made the cut.  Wow, that’s a lot of groups seriously digging into this question!

The results were announced in November … 3 top prize winners, 11 runners-up, and 15 honorable mentions.

How did WRC do?  Julie Beischel, PhD, Director of Research, authored their submission, using WRC’s research into mediumship to make her case.

Her essay … “Beyond Reasonable: Scientific Evidence for Survival” … just missed out on being one of the top three big prize winners, leaving her tied for fourth among over 200 submissions.  Impressive indeed!

Why is this relevant here?  It shows that others on the world stage are acknowledging the quality of research and information that WRC is producing. It really is worth exploring.

(I subsequently received an update announcing that Julie Beischel has now been invited to join the 10-person board of directors for the Bigelow Institute … and she accepted.  Apparently, they were impressed, too!)

Let me point out a super-helpful option that makes perusing their site easier.  It’s called “Pick Your Path” and you’ll find it in the Quick Links section at the bottom of any of the site’s webpages.  (Or, just click on my link to it.)

This is an option that customizes the vast amount of information they have available, according to audience … For the Curious … For Researchers … For Clinicians … For Practitioners.

In recent years, there’s been an explosion of scientific research by a growing variety of sources into topics that have historically been categorized as “woo-woo” or “pseudo-science.”

If your mind is open and you’re one who, like me, feels the need for scientific validation of ideas that were once discarded as ludicrous, then Windbridge Research Center offers a legitimate source of information to dive into.

At Heaven’s Door: What Shared Journeys to the Afterlife Teach About Dying AUTHOR:  William J. Peters PUBLISHED:  2022 MY COMMENTS: This book is all about shared death experiences … that is, ONE death, MULTIPLE experiencers Read more… 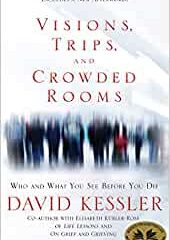 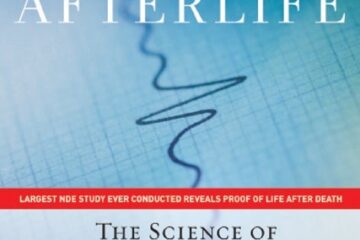