In Kid Wisdom (Part 1), I introduced the idea that there are very young children, typically from the ages of about three to seven, who retain some memory of their past life, or of their time spent “in between” lives.  The scientific research done around this has been stunning.

Equally stunning for me was experiencing hearing this first-hand … at the dinner table around which family were gathered, including our six-year-old grandson, Huxley.

Last fall, catching up from a pandemic-induced absence, Greg and I made a trip across Canada to see Greg’s youngest daughter and her husband, Julia and Sean, and their two young children … Huxley (who was six) and his younger sister.

One afternoon, we all went for a walk and I spent much of it with Huxley at my side.  He seemed preoccupied with the dead leaves on the ground.

Preoccupied in a rather unusual way, asking me …

“Are those leaves resting in peace?”

Resting in peace?  What an odd turn of phrase.  I tried to explain that the leaves had died and would now disintegrate, feeding their nutrition back into the soil to help the trees continue to grow.

He then pointed to another patch of dead leaves and asked, “Are they resting in peace?”  Um, okay.  Try explaining to a six-year-old that leaves don’t really “rest in peace.”

This vein of conversation continued for about 10 minutes, then we arrived at the park and off he went to play.

I still don’t know where he heard this phrase, not thinking to ask him at the time.  I just figured he’d heard it somewhere … on a television show, or perhaps at school, which after a year’s interruption, had only very recently restarted in-person classes.

That evening, after we’d finished dinner, the six of us were seated around the table.  His younger sister disappeared to go play, but Huxley hung back, apparently wanting to talk about something that was bothering him.

I don’t recall how the topic initially came up, but he was clearly agitated over an idea he’d picked up, which he described as … when you die, you close your eyes, just see black, and “rest in peace” forever.

Ahh, so that explains the afternoon’s unusual conversation ….

Somehow, he’d come across this notion and was very disturbed by its implication.  Yeah, I get it … I would be, too.

Trying to understand how it all works, he asked his parents, “What happens when you die?  Do you rest in peace?”

Of course, this isn’t an unusual line of questioning for a child … at some point, we all want to know more about what happens, you know, “afterward.”  So, we embarked on some discussion.

Julia and Sean were not raised with religion, nor have they exposed their children to it … in fact, quite the opposite … so there were no “ready-made” answers they wanted to instill, as others might.  And they were careful not to fill his head with their own personal beliefs.

Instead, they gently asked him what he thought happened … encouraging discussion while leaving room for Huxley to develop his own views about this very important aspect of life.

Huxley seemed to know that people are buried “in the dirt” when they die, and this was causing him angst … he shared that he definitely did not want “to be in the dirt” and “just see black forever.”

It was easy to see he desperately wanted to talk more about this but wasn’t sure how to proceed.  I was seated directly across from him and he leaned toward me, whispering somewhat nervously, “I don’t want to upset anyone by talking about D-I-E …. “

Seriously, he’s six, and he spelled out the word … just as an adult would do when trying to hide the meaning from their young child.

I responded that I was quite comfortable talking about death and encouraged him to discuss whatever he’d like ….

Wow! Little did I know I was about to experience one of the most magical events in my life … Huxley revealing his experience with the world of Spirit!

I would say a conversation ensued, but it was more like a lecture, in the student-teacher meaning of the word.  Except, WE were the students and HE was the teacher!

It was mesmerizing, particularly so for me, because of my 17 years of reading and learning about the non-physical realm, and the role it plays in our lives … at all stages … before, during, and after.

In this learning journey, I have immersed myself in a wide variety of sources of information and have noticed a number of consistent themes emerge.  So, I was in a unique position among those at the table to understand the authenticity of what we were hearing.

Not all the details, certainly, because details vary in almost every source I’ve come across, and Huxley’s interpretation was no exception.

But the concepts Huxley shared can be found in multiple sources of information from spiritual leaders, scientific researchers, near-death experiencers, mediums, hypnotherapists ….

However, before introducing what he revealed, let me address a few questions that I expect are immediately coming up for some of you ….

Surely, he just heard these things from others?

Absolutely, children are sponges and can soak up ideas they hear people talk about.  However, Julia and Sean confirmed they have never had discussions like what we’re about to hear with Huxley.  Nor would any of the other family members with whom Huxley may have spent time.

Again, religion … and spirituality … are not an active part of this extended family.  I’m kind of the outlier.

In addition, the previous 18 months of pandemic, which started just as Huxley was turning five, severely curtailed his exposure to anyone outside of the immediate family, including classmates.

But couldn’t it have just been imagination … ?

I may have no way to prove the true source of this information, but it was clear to me that it was not random make-believe.  When a young child is using their imagination to tell a story, it’s super evident.  You know the style …

In contrast, Huxley was articulate and earnest in his relating of this information.  He knew what he wanted to tell us and was quite eager to do so.

But he was also cautious, feeling us out to see if we’d had enough, pausing two or three times to say (and get this) …

“There’s more to tell … if you WANT to hear more.”

How many six-year-olds do you know who, in the middle of talking, stop to ask if you want to hear more … ??  Frankly, most adults don’t even have this level of sophistication in their communication.

There definitely were times when Huxley struggled with the words to describe what he was trying to tell us, but this for concepts that even I still struggle to explain.

Did you ask him questions that may have planted answers?

As I recall, once the dialogue was underway, I was really the only one who asked questions, and just a few … to open lines of discussion.

Mostly, we just sat transfixed, in varying stages of belief or disbelief, as he described what he “knew,” encouraging him to continue when he stopped to ask if we wanted to know more ….

Uh … WANT to know more?  Are you kidding??  I could have spent the entire night in this discussion.  But there were others to think about … including Huxley … so we wrapped it up after about 30 minutes or so.

Afterward, I wrote down everything I could remember, in as much detail as I could, and Huxley’s parents have graciously granted me permission to share this with you.

Warning … This may stretch credulity for those of you who are still very new to this, so take what I’m about to share, and if it strikes a chord within you, then mull it over.

If not, just let it wash over you. However … I would also invite you to consider the possibility it’s no accident you find yourself here, reading this.

Either way, keep in mind the purity of this source …

Preview: Huxley’s Insights into the World of Spirit

In our next posts, we’ll explore each of Huxley’s insights, sharing all he had to say and comparing them to what I’ve learned from a handful of other, adult sources.

But before I wrap up this post, let me give you a quick preview of what’s coming in Part 3.

The first stunning revelation from Huxley was this …

Our life is not a random accident in which we have no say in the cards we’re dealt.

According to Huxley, we actually play a role in preparing for this life before we’re born ….

He conveyed this by sharing specific examples of decisions we make ahead of time.

And this was just the start of it!  All coming … unbidden … from a six-year-old.  You can see why I could have kept going all evening.

So, stay tuned, because …

There’s more to tell … if you want to hear more. 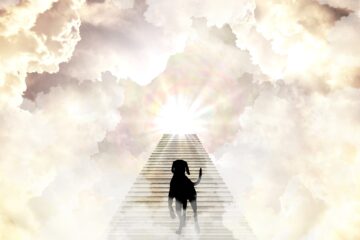 In Part 1, we began to explore the question of what happens to our pets when they die.  Do they have souls?  Do they go to the Other Side? Although the sources of information to Read more… 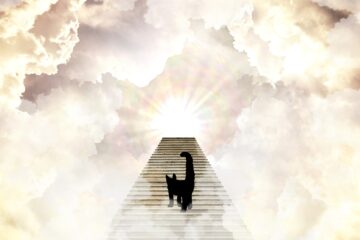 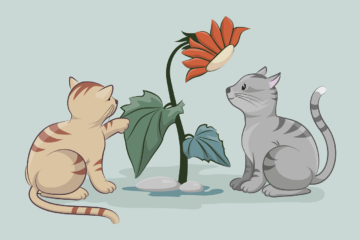